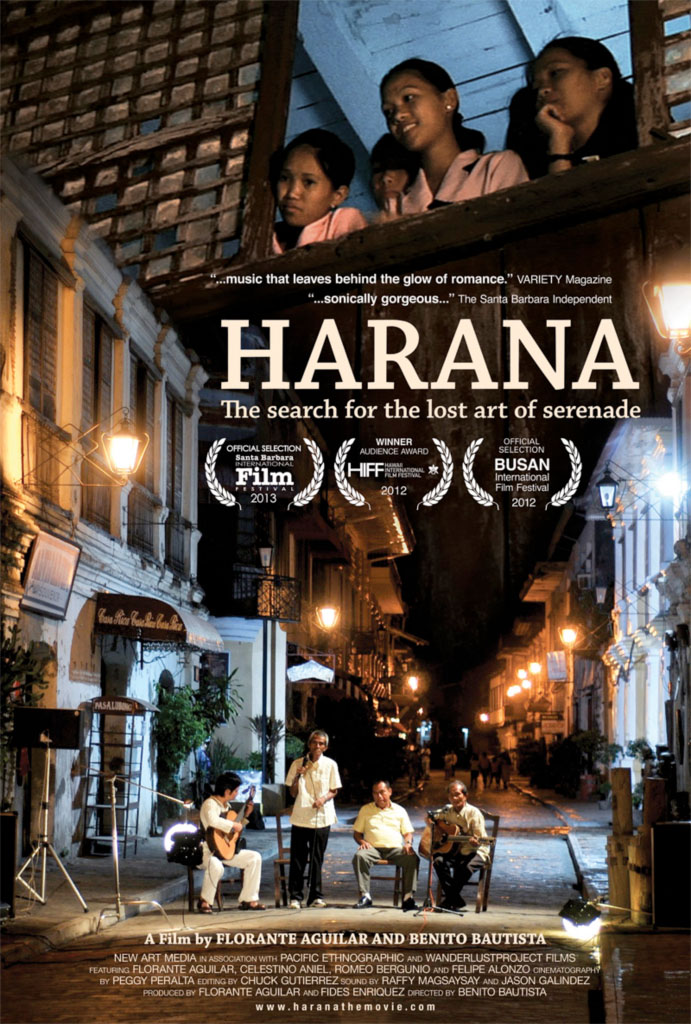 Long before the rise of text message and social network courtships, young men in the Philippines stood earnestly beneath the windows of the women they loved to profess their devotion. Supported by friends and accompanied by the town’s finest guitarist, these young suitors crooned the night away in song until finally invited inside (or tragically rejected). Either outcome, the harana tradition, along with its music, has been rapidly vanishing in its home country where it was once an important part of the social fabric. This long-abandoned art of harana is brought to light in the award winning feature documentary HARANA.

Word quickly spread of these venerable men whose golden voices, warm and expressive style of singing touch the heart, culminating in a series of triumphant live performances. As Aguilar and the three haranistas captivate audiences from small villages to reputable concert halls, the men also connect deeply with the past and with one another. Along their symphonic odyssey, the group even aids a painfully shy young man serenade his longtime crush, producing one of the most genuine instances of harana ever captured on film.

Set against the picturesque Philippine countryside and atmospheric old towns, HARANA is a heartbreaking and inspiring love song to the practitioners and the sounds of a romantic, bygone era. Through this remarkable and heartfelt journey, the film becomes a celebration of music and a tradition that will once again ignite the passion and melodic treasure that is harana.