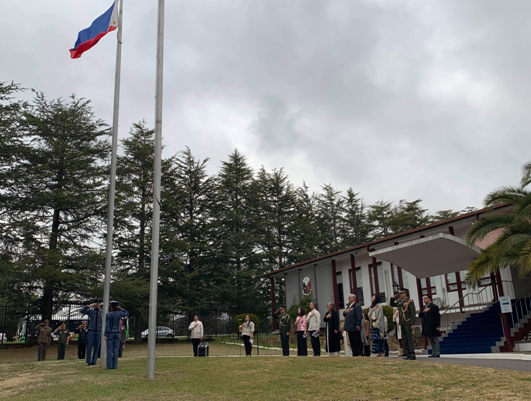 The Ambassador also hosted a program at the Official Residence that featured remarks of President Rodrigo R. Duterte, Secretary of Foreign Affairs Teodoro L. Locsin, Jr., Secretary of National Defense Delfin N. Lorenzana and Secretary of Labor and Employment Silvestre Bello III. This year, the Philippines and Australia celebrate 75 years of diplomatic relations. In his message on the twin occasions of Independence Day and 75th anniversary of Philippines-Australia relations, Secretary Locsin said, “The Philippines and Australia stood by each other in the second world war, in the fight against terrorism and against COVID-19. Not even once, has our friendship faltered or failed.”

A virtual concert produced by the Department of Foreign Affairs, “Lessons for a Changed World: The Legacy of the Indigenous Peoples of the Philippines” in commemoration of year 2021 as the Year of Filipino Pre-Colonial Ancestors was shown during the program. The presentation may still be accessed through the DFA Philippines Youtube channel. 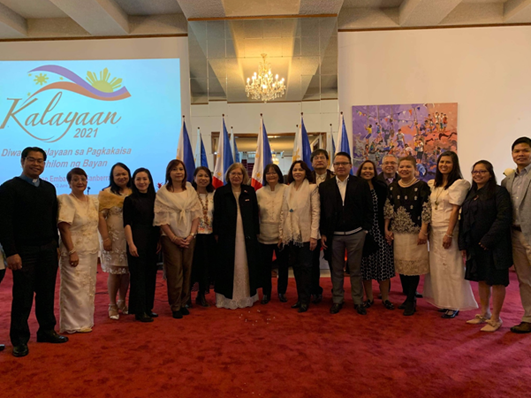 Ambassador Ma. Hellen B. De La Vega (7th from left) hosted leaders of the Filipino community in Canberra in a breakfast reception to commemorate the 123rd anniversary of the Proclamation of Independence of the Philippines on 12 June 2021.