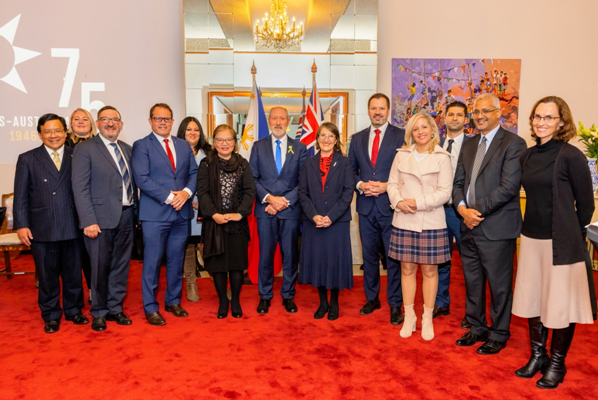 In her remarks, Ambassador De La Vega highlighted the shared values of our two countries, as the foundation of the Philippine Australia Comprehensive Partnership. She emphasized the important role and contributions of the Filipino community as the fifth largest migrant community in Australia in deepening people-to-people links. She paid tribute to the important role of the Parliamentary Group in deepening the bilateral relationship in the years to come.

Mr. Ramsey referred to the many areas of cooperation between the two countries in health, education and economic engagement and he said, “In so many fundamental issues, we are in unison.” Mr. Gosling recalled the Filipino mariners who perished in Darwin harbor along with Australian servicemen during the second world war and expressed confidence that the continued growth of the Filipino community will help drive prosperity in Australia.

The Australia Philippines Parliamentary Group has 31 members from the House of Representatives and Senate of the Parliament of Australia. END