Melbourne PCG Graces Inauguration of the FilHub in Victoria

The Philippine Consulate General in Melbourne, led by Consul General Maria Lourdes M. Salcedo, attended the inauguration of FILHUB, a community center established by the Filipino Community Council of Victoria, Inc. (FCCVI) on 19 December 2020 in Melbourne.

The event, attended by some 300 members of the various community organizations, coincided with FCCVI’s Christmas Party.

“The establishment of the Filipino Hub with the joint efforts of all Filipino organizations under the umbrella FCCVI, is a realization of a shared vision and mission to build a strong Filipino-Australian community and to provide support and welfare services to our kababayans in Victoria,” Consul General Salcedo said in her speech.

Fr. Litoy Asis, Melbourne Episcopal Vicar for Catholic Migrants and Refugees, officiated the blessing of the FilHub following a prayer of thanksgiving and cutting of the ribbon. FCCVI’s President, Mr. Marlon de Leon (2nd from right), thanked all the FCCVI member organizations in Victoria -- 28 organizations, according to him -- for all their support in making the FilHub in Victoria become a reality. 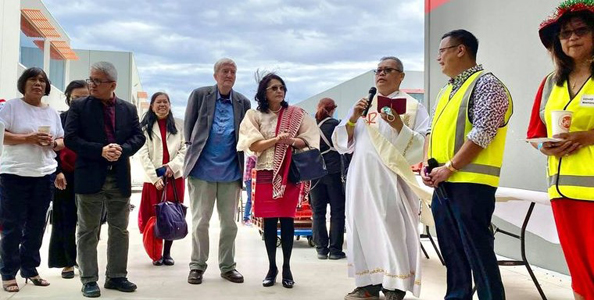 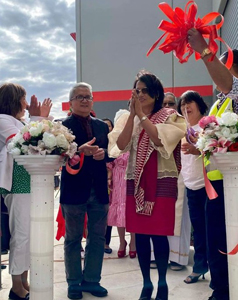 Consul General Salcedo thanked the Filipinos in Victoria for keeping the Filipino tradition alive while assimilating well in the Australian way of life. She spoke of the need to also come up with programs for the second and third generation Filipinos in Australia to link them with their Filipino heritage.

Deputy Consul General Anthony Achilles Mandap, for his part, congratulated FCCVI and its Executive Committee, and informed them that passport and visa services are now in full operation at the Consulate, in addition to other consular services. 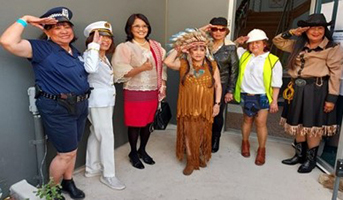