Melbourne PCG Attends the 30th Anniversary of The Philippine Times

Consul General Maria Lourdes M. Salcedo attended the 30th Anniversary of The Philippine Times on 17 December 2020 at the Ginger Olive Restaurant in Melbourne, upon the invitation of the newspaper’s team headed by Editor-In-Chief Jason Cordi (standing center) and Publisher Alice Nicolas (seated 2nd from right). The Philippine Times was established in 1990 as a media organization and contributes its monthly print publications in Victoria. 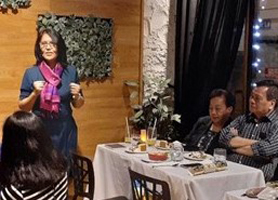 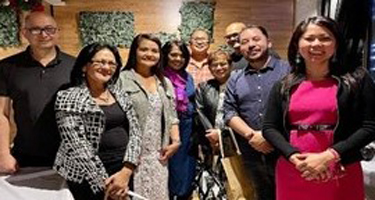 In her remarks, Consul General Salcedo congratulated The Philippine Times team for sustaining their commitment to the delivery of public information to Filipino community in Victoria especially during the long lockdown due to the covid pandemic. She acknowledged the active presence of Filipinos in Victoria, including those wishing to serve in various local council positions with an aim of serving the public particularly to their fellow kababayans. She expressed hope that they continue in their best efforts in helping one another as one community in Victoria. END