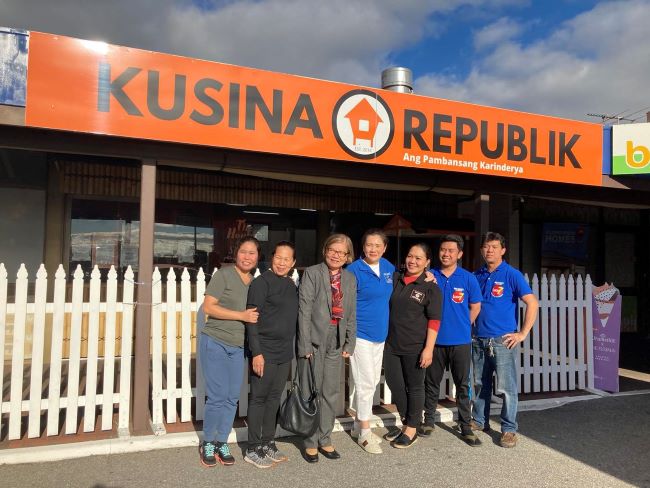 Ambassador De La Vega congratulated Ms. Aguasa on the success of her business and thanked her for her support to the Filipino community in Perth including the Filipino seafarers and international students who were stranded in Australia at the height of the pandemic. Melissa’s Filipino Shop provided care packages to the stranded Filipinos and led fundraising efforts for other Philippine advocacies. She also actively liaises with the Honorary Philippine Consulate in Perth in reaching out to the Filipino community.

Ms. Aguasa said that she opened a bakeshop and a Filipino eatery in response to the demand for Filipino food in Huntingdale. She has expanded Kusina Republik with the opening of a food truck in Westfield Carousel. -- END