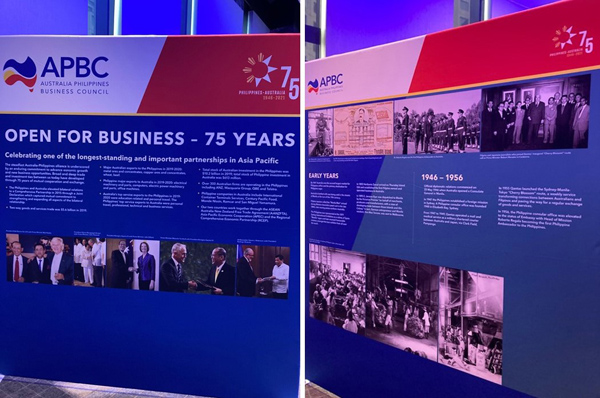 09 December 2021, CANBERRA – The Australia Philippines Business Council (APBC) launched a photo exhibit to celebrate the 75th anniversary of the establishment of diplomatic relations of the Philippines and Australia on 07 December 2021 in Sydney. Philippine Ambassador to Australia H.E. Ma. Hellen B. De La Vega joined the APBC and its members and guests in the event. In her remarks, Ambassador De La Vega noted the participation of Philippine Trade Secretary Ramon Lopez and Australian Trade Minister Dan Tehan in the trade and investment promotion events held in 2021 demonstrating the important role of business in boosting productivity and ensuring economic recovery. The Ambassador said, “The Philippine GDP growth is among the highest third quarter growths in the region pushing analysts to adjust their 2021 growth rates for the Philippines.”

Austrade General Manager for ASEAN Mukund Narayanamurti said the Philippines is poised for an impressive rebound and he will not be surprised if the Philippines becomes, once again, one of the fastest growing economies in the region. He added that Austrade is extremely optimistic for 2022 with the acceleration in vaccination.

The APBC was founded in 1975 and is the premier private sector organization focused on strengthening trade and investment between the Philippines and Australia. It has presence in New South Wales, Victoria, Queensland and Western Australia. - END 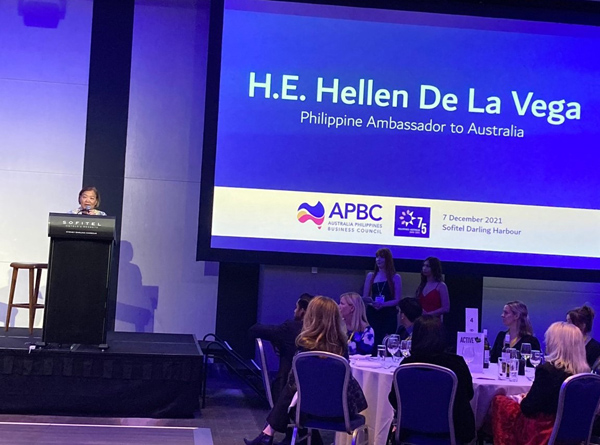 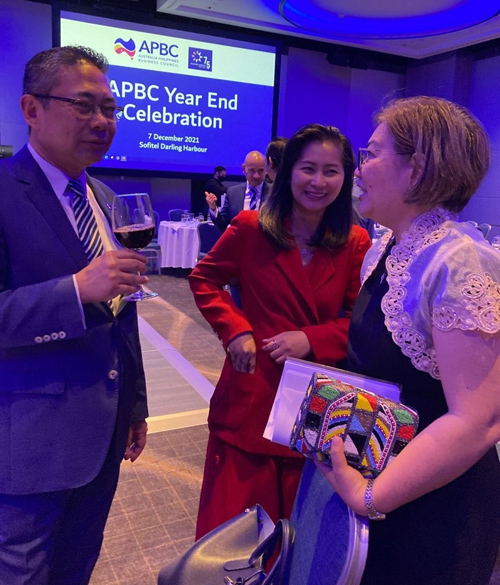