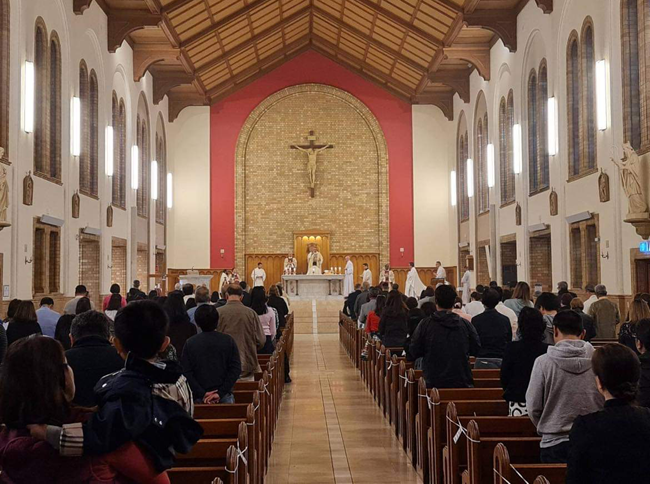 The Filipino community in Canberra gathered at the Special Mass held on 21 March at St. Christopher’s Cathedral to mark 500 years of Christianity in the Philippines.

22 March 2021 (Canberra) – A Special Mass to commemorate the fifth centenary of Christianity in the Philippines was celebrated at the St. Christopher’s Cathedral in Canberra on 21 March 2021.

Most Reverend Christopher Prowse, Archbishop of Canberra and Goulburn, and His Excellency Archbishop Adolfo Tito Yllana, Apostolic Nuncio, led the Special Mass attended by almost 200 guests. An all-Filipino choir was organized to lead the congregation in singing Filipino hymns.

In her message before the concluding rites of the Mass, Her Excellency Ma. Hellen De La Vega, Ambassador of the Philippines to Australia, expressed her appreciation to the Catholic Church in Australia for its valuable support. Archbishop Prowse lauded the Filipino community for their generosity and commitment to the different parishes across Australia.

Members of the diplomatic corps joined the Filipino community along with Senator Don Farell and Senator David Smith of the Australian Parliament. -- END 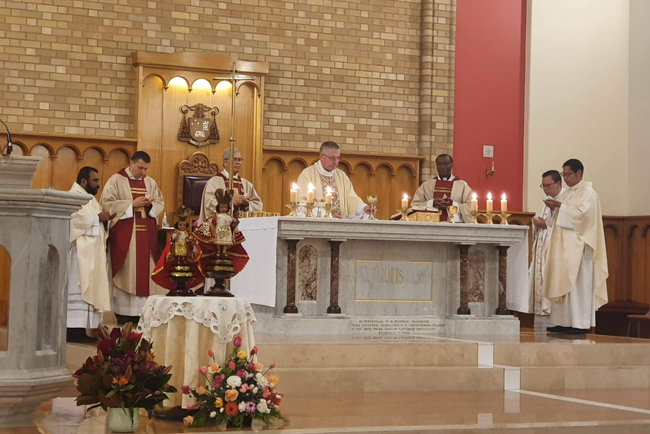 His Grace Most Reverend Christopher Prowse, Archbishop of Canberra and Goulburn, celebrated a Special Mass on 21 March to mark 500 years of Christianity in the Philippines. His Excellency Archbishop Adolfo Tito Yllana, Apostolic Nuncio, joined him as Homilist (3rd from left).