CANBERRA, Australia – The Ambassador of the Philippines to Australia, Her Excellency Ma. Hellen Barber De La Vega, presented her credentials to the Governor-General of the Commonwealth of Australia, His Excellency General the Honourable Sir Peter Cosgrove AK MC (Retd), at a ceremony held on 29 November 2018 at the Government House in Canberra. 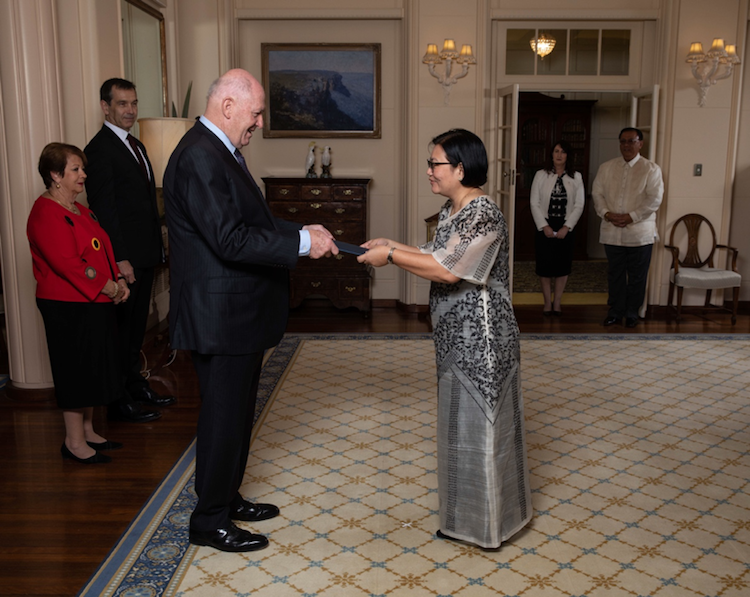 His Excellency Governor-General Peter Cosgrove AK MC receives the letter of credence of Philippine Ambassador to Australia Ma. Hellen Barber De La Vega at a ceremony held at the Government House in Canberra.

Before assuming her post in Canberra, Ambassador De La Vega was the Assistant Secretary of Foreign Affairs for ASEAN. In this position, she led the Philippine chairmanship of the 10-country regional bloc in 2017. Ambassador De La Vega also served as Ambassador of the Philippines in Myanmar and Consul General in Los Angeles, California and held diplomatic assignments in Indonesia, Spain, Japan, and China. In Manila, the Ambassador held leadership positions in the Office of Asia and Pacific Affairs and Office of the Undersecretary for Policy. 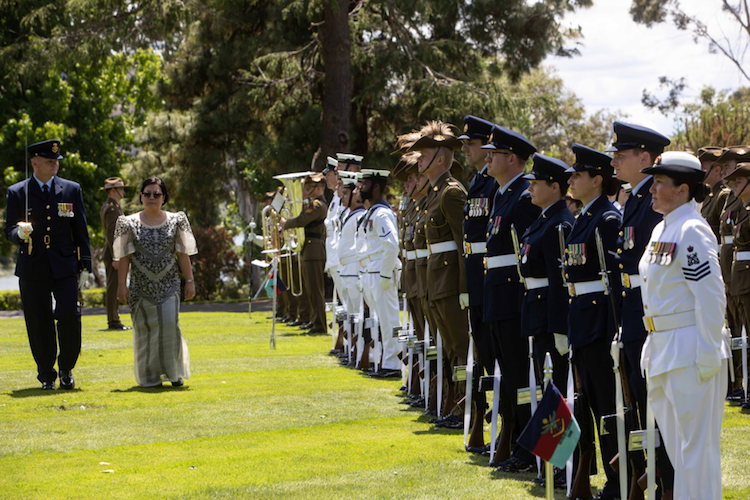 Ambassador Ma. Hellen Barber De La Vega inspects the Guard of Honor and Band after she presented the letter of credence issued by Philippines President Rodrigo Roa Duterte addressed to the Governor-General of the Commonwealth of Australia. 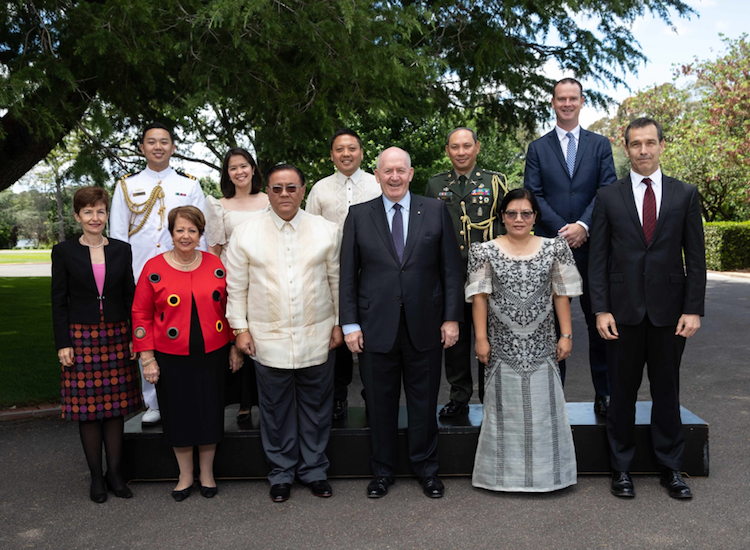 During the call, the two officials talked about the historic and enduring relations of the Philippines and Australia as well as the vibrant people to people ties between the two countries.