PERTH, Australia - The Philippine Embassy in Canberra completed a five-day mobile consular mission in Perth, Western Australia on 05-09 November 2018. This was the second mission to Perth for calendar year 2018.

The Embassy processed 641 passport applications and administered the oath of allegiance to forty-six (46) Filipinos who reacquired their Filipino citizenship under Republic Act No. 9225 or the Citizenship and Re-acquisition Act of 2003.

The Embassy conducts two mobile missions a year to Perth, which is over 3,000 km away from Canberra, to serve the growing Filipino community in Western Australia.

The Mobile Consular Mission was supported by the Philippine Consulate in Perth led by Philippine Honorary Consul Michael Gillis and volunteers from Filipino community organizations.

The next mobile missions to Perth will be in July and November 2019. Appointments are necessary. Please visit www.philembassy.org.au on 02 May 2019 for an announcement on how to secure an appointment. 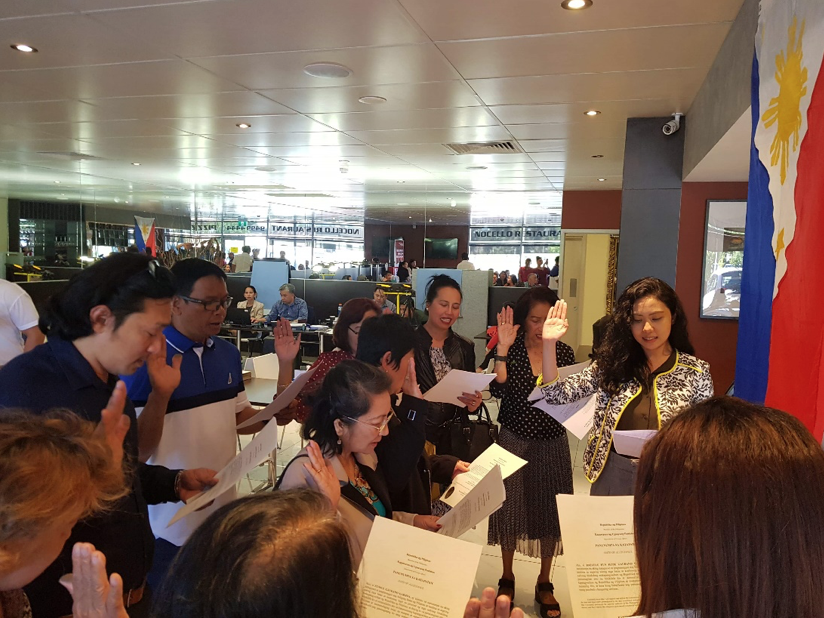