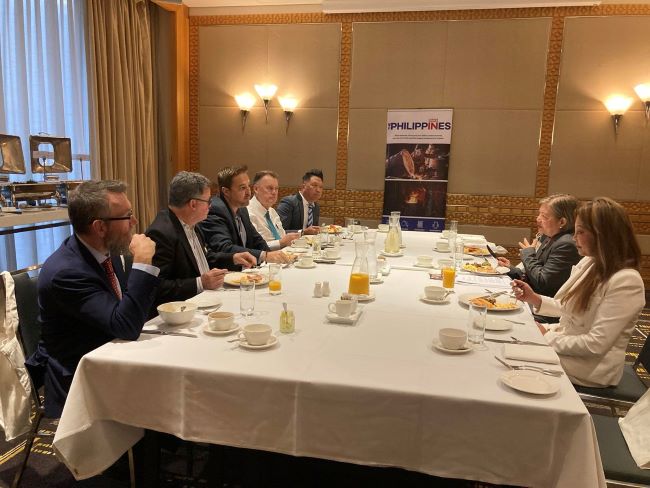 Philippine Honorary Consul Virma Symons (rightmost) and Ambassador De La Vega (second from right) discussed developments in the Philippines with Perth-based CEOs on 31 May 2022 at the Pan Pacific Perth.

06 June 2022, CANBERRA – Philippine Ambassador to Australia Ma. Hellen B. De La Vega met business leaders in Perth on 31 May 2022 to brief them on developments in the Philippines including the conduct of elections and the pace of economic recovery in the country.

The Ambassador said that the business community may expect policy continuity including the prudent management of the country’s fiscal responsibilities and further opening of the economy. Citing the recent elections that were held in both countries, Ambassador De La Vega said, “The foundation of the bilateral relationship is established and firm. Australia is a major economic partner of the Philippines and there is plenty of room for further growth. Australian businesses in the Philippines are successful and have remained to be so through the pandemic.”

The Ambassador also promoted investment opportunities in electronics, IT-BPM, automotive, aerospace and copper mining. She discussed the complementarities between Philippine and Australian markets and invited them to participate in the Pacific Business Mission to the Philippines organized by the Philippine Trade and Investment Centre-Sydney on 14-20 August 2022. -- END