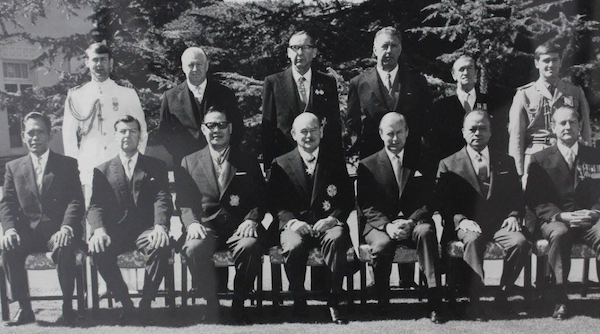 Ambassador Gregorio Abad served as Philippine Ambassador to Australia and non-resident Ambassador to New Zealand and Fiji Islands from April 1971 to July 1977. In a public address in December 1976, Ambassador Abad said, “For too long the countries of our region have looked outside the region exclusively, but now in proud independence we can look to each other, become good neighbours which means knowing each other, understanding each other’s common problems, savouring our differences and above all we can all learn that to be different is not to be inferior.”

Then Australian Prime Minister Gough Whitlam visited the Philippines in 1974 at a time when Australia began growing its bilateral relations with countries in Southeast Asia.

During this decade, the Filipino population in Australia started to significantly increase which would eventually make it one of the largest migrant communities in Australia.

Ambassador Abad would later serve as Philippine Ambassador in Bonn, Germany (1977-84) and Ottawa, Canada (1984-85). In Germany, he would be known for establishing the fraternity of the Order of the Knights of Rizal in Bonn and in Heidelberg in 1982.

Gregorio Abad finished law in Far Eastern University in 1950. Prior to his diplomatic career, he served as Reparations Commissioner.