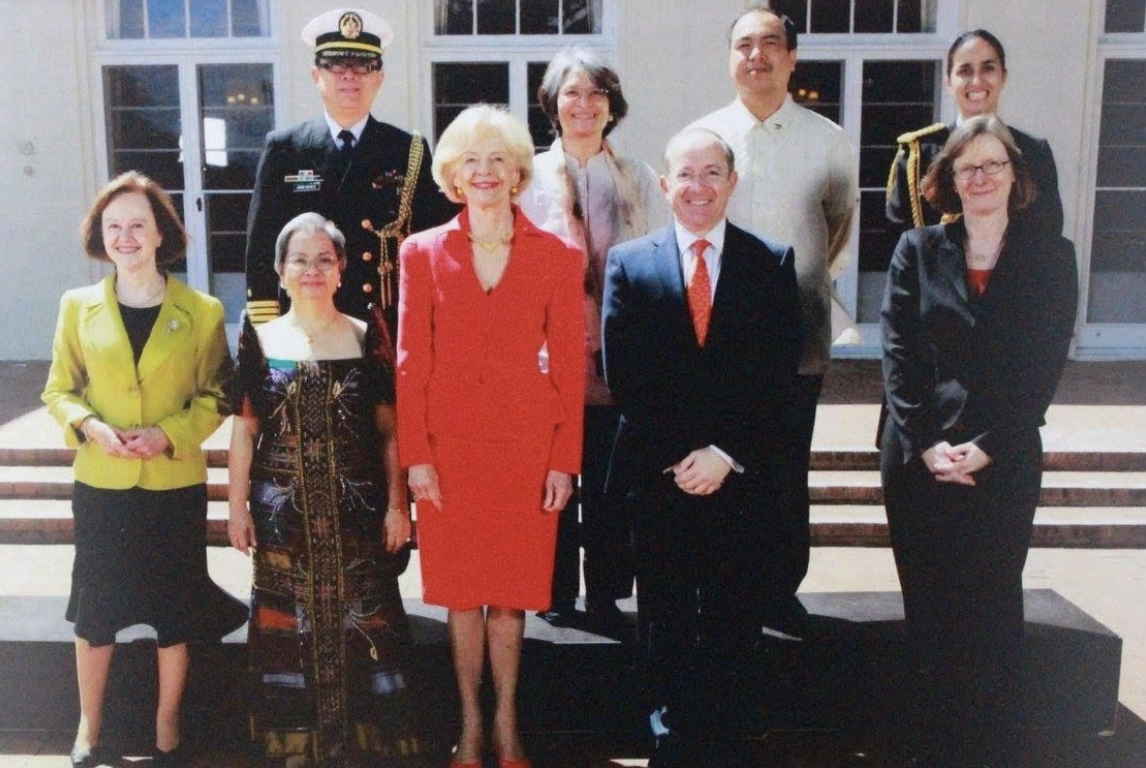 She joined the Philippine Foreign Service in 1977 and held various positions in the Department of Foreign Affairs. In her senior years, she served as Assistant Secretary of the Office of Consular Affairs; Office of Fiscal Management; and the Office of Strategic Planning and Policy Coordination.

Her overseas assignments included Tel Aviv and Jakarta. She served as Chargé d’ Affaires, a.i. at the Philippine Embassy in Japan to coordinate the Official Visit of Philippine President Benigno S. Aquino III to attend the APEC Meetings in Yokohama in 2011. Prior to her appointment as Philippine Ambassador to Australia, she also served as Ambassador to the State of Israel with concurrent accreditation to Cyprus (2002-2004), and to the Republic of Singapore (2004-2008).

It was during her tenure as Philippine Ambassador to Australia when the Philippines ratified the Philippines-Australia Status of Visiting Forces Agreement (SOVFA) in 2012 laying the foundation for a strong defence and security cooperation. On 18 November 2015, the Philippines and Australia elevated the bilateral relationship to a Comprehensive Partnership through the signing of a Joint Declaration by then President Benigno S. Aquino III and then Prime Minister Malcolm Turnbull in Manila, with a commitment to expand relations across a wide-range of areas.

Ambassador Anota integrated activities in the Embassy’s public diplomacy program to raise awareness on the Philippine position on the West Philippine Sea including through meetings and speaking engagements with the members of the Australian Parliament, the host government, diplomatic corps, higher education institutions and the Filipino community.

She visited all state and territory capitals in Australia with a strong focus on increasing two-way trade, investment and tourism. Under her economic diplomacy program, Ambassador Anota organized the inaugural Joint Australia-New Zealand Familiarization Tour to the Philippines on 12-15 August 2015.

She actively engaged with the Filipino community through her participation in Independence Day activities, trade fairs, food festivals and cultural events all over Australia. To promote Philippine heritage and culture, she facilitated the visits and performances in Australia of the Loboc Children’s Choir (2015), baritone Ms. Joseleo Logdat and pianist Dr. Raul Navarro (2015), pianist Rudolf Caesar Golez and soprano Ms. Lara Marie Maigue (2013), and Manila Chamber Singers (2013).

Ambassador Anota arranged for the donation of a five-meter-high statue of Dr. Jose Rizal by renowned Filipino sculptor Eduardo Castrillo. The statue, erected at the Rizal Park in Campbelltown, NSW was inaugurated by H.E. President Benigno S. Aquino III during his State Visit to Australia in 2012.

She chaired the ASEAN Committee in Canberra from January to June 2015 and spearheaded a range of engagements with the host government, the local Canberra community, media and business chambers.

In her capacity as non-Resident Ambassador, she worked for the extension of Philippine technical assistance to Nauru and laid the groundwork for similar assistance to Tuvalu and Vanuatu.

She was recognized as one of the Most Outstanding Laguna College Alumni in 2018. She received a Certificate of Recognition for 38 years of loyal and committed service with the Department of Foreign Affairs upon her retirement in 2015.

Along with her husband, she was awarded the Gold Cross of Honor for Catholic Pilgrims by the Custos of the Holy Land on 1 April 1989 for their outstanding service to the Church and the laity in their eight years of pilgrimage in the Holy Land.