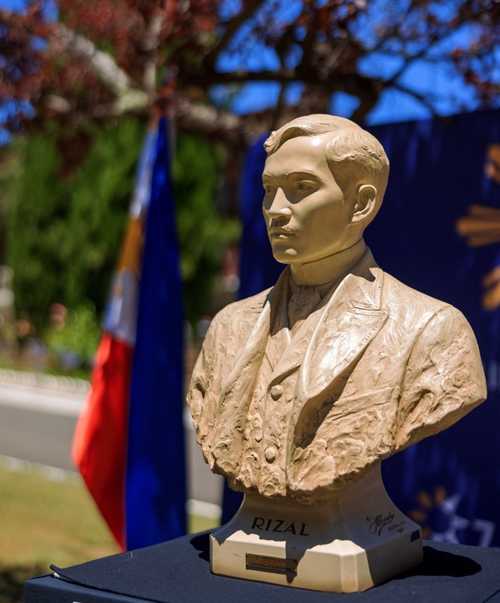 04 January 2022, CANBERRA – H.E. Ma. Hellen B. De La Vega, Philippine Ambassador to Australia, led the groundbreaking ceremony for the installation of the bust of Dr. Jose Rizal at the Philippine Embassy grounds on 30 December 2021, the 125th anniversary of the martyrdom of the national hero of the Philippines. The theme for the 125th anniversary is “Rizal: Para sa Agham, Katotohanan at Buhay (Rizal: for Science, Truth, and Life).”

The event was co-hosted by the Knights of Rizal Australia, New Zealand and Oceania Region (ANZO) led by Sir Danny Peralta, KGOR and Sir Cesar Bartolome, KGOR. The Knights of Rizal ANZO is also spearheading the construction of the Rizal bust at the Embassy of the Philippines in Canberra with the support of San Miguel Yamamura Australasia.

In her remarks, Ambassador De La Vega said, “This year’s theme is very relevant as we pursue efforts to fight disinformation and promote science-based methods to develop and implement solutions to address the most serious challenges that affect our lives, livelihoods and future.” The Ambassador said that the theme reminds us of our national hero’s passion and dedication in acquiring new knowledge and empowering himself and others to stand against oppression.

The Embassy’s Rizal Day program included a flag-raising ceremony led by the Office of the Defense and Armed Forces Attaché, the groundbreaking ceremony, and wreath-laying participated in by Embassy personnel, the Knights of Rizal, Kababaihang Rizalista and the Filipino community. A descendant of Dr. Jose Rizal through his youngest sister Soledad, Ms. Josephine Quintero, delivered remarks during the program.

The program was capped-off with Filipino lunch of chicken inasal (grilled chicken marinated in calamansi and annatto oil), atsara (papaya relish), salted egg salad and calamansi (Philippine lime) juice with ensaymada (Filipino sweet pastry) for dessert served by Out in Canberra’s People Choice Award for Favorite Asian Restaurant, Lolo and Lola. According to Out in Canberra, Lolo and Lola’s “incredible dining experience includes world class dishes and baked products that will give you a taste of the rich flavours, history and cultures of the Philippines, with simplicity and freshness.”

The Knights of Rizal ANZO aims to have the new Rizal bust in the Embassy inaugurated in June 2022. – END 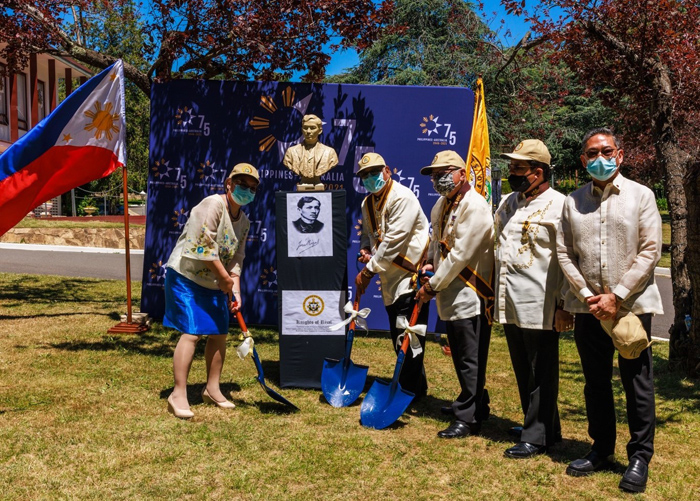 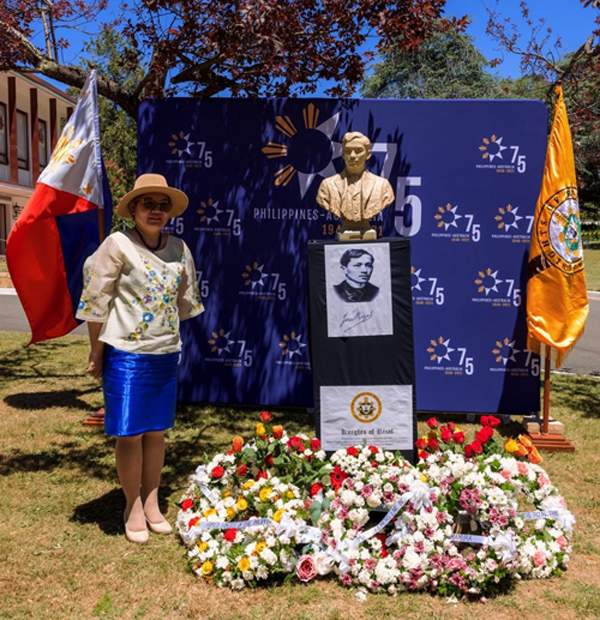 Ambassador Ma. Hellen B. De La Vega at the spot where the Rizal bust at the Philippine Embassy in Canberra will rise. 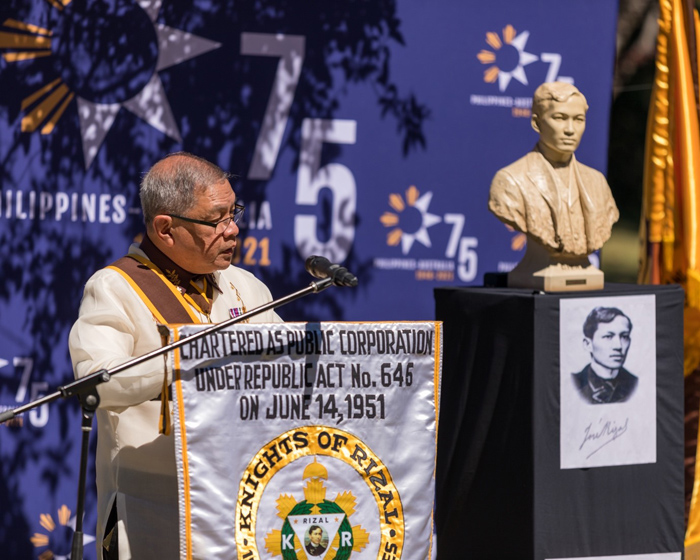 Sir Cesar Bartolome, Regional Commander of Knights of Rizal ANZO, introduced the project of building a Rizal bust at the Philippine Embassy grounds. 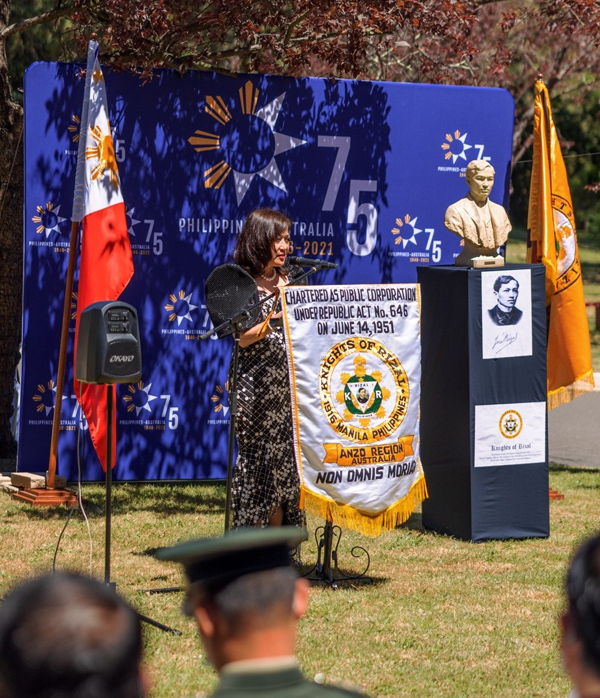