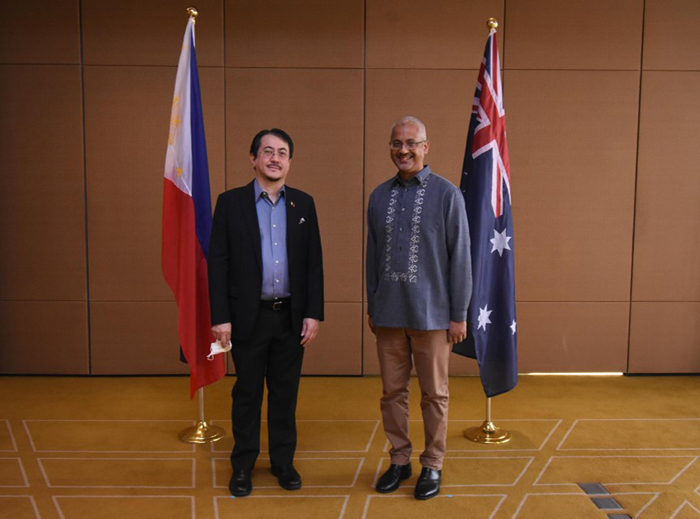 PASAY CITY, 28 February 2022—The Philippines and Australia held the 2nd Foreign Ministry Consultations (FMC) in Manila, the first held face-to-face after the virtual, inaugural one held on 04 August 2020. The FMC was co-chaired by Department of Foreign Affairs (DFA) Assistant Secretary for Asian and Pacific Affairs Neal Imperial and Australian Department of Foreign Affairs and Trade (DFAT) First Assistant Secretary Ridwaan Jadwat as part of the combined efforts of both countries to bolster ties across all areas.

The two sides also considered the status of implementation of the 2021-2022 Plan of Action, which was endorsed at the Philippines-Australia Ministerial Meeting (PAMM) in August 2021; regional cooperation and security issues, particularly on ASEAN, the East Asia Summit and the ASEAN Regional Forum, as well as other regional security and strategic issues.

Assistant Secretary Imperial stated that he looks forward to the full implementation of the Plan of Action this year, adding, “The Philippines and Australia enjoy a mature relationship. After 75 years, the ties that now bind our countries have proven to be strong, reliable and forward-looking in a multitude of areas.”

“We are in an excellent position to elevate relations to a Strategic Partnership,” said First Assistant Secretary Jadwat and added that the extensive discussions during the meeting demonstrated the depth and breadth of relations between the two countries.

The next FMC will be hosted by Australia in 2023. END 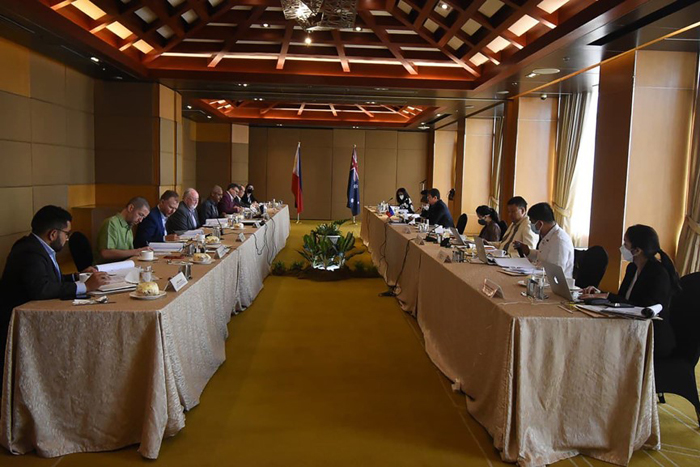 The members of the Philippine and Australian delegations discuss bilateral and regional matters during the 2nd Philippines-Australia FMC. (Photo by DFA-OPCD Philip Fernandez)