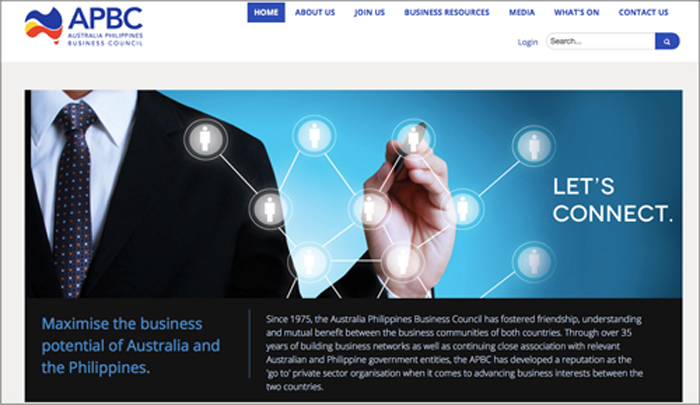 CANBERRA, Australia (05 August 2020) – H.E. Ma. Hellen B. De La Vega, Philippine Ambassador to Australia, congratulates the newly-elected Board of Directors of the Australia Philippines Business Council (APBC). In her message to APBC President Mr. Eduard Alcordo, the Ambassador said, “I look forward to further engagement with your organization as we work together in advancing the partnership of the Philippines and Australia and in promoting the strength and resilience of the Philippine economy.”

The Ambassador welcomes the contribution of APBC in strengthening trade and investment between the Philippines and Australia including policy recommendations that may be considered by the Philippines-Australia Ministerial Meeting (PAMM), the bilateral mechanism between the Foreign Affairs and Trade ministers of the two countries.

The Ambassador is also pleased that Western Australia is now represented in the APBC. The Philippines has significant economic relations with Western Australia. Australian shipbuilder Austal, headquartered in Western Australia, completed a US$20 million expansion of its shipyard in Cebu in 2019 in line with its goal for the Cebu shipyard to be Austal’s global center of excellence for commercial shipbuilding. In addition to Sydney, Melbourne and Brisbane, the Philippine Airlines established direct flight from Perth to Manila. -- END