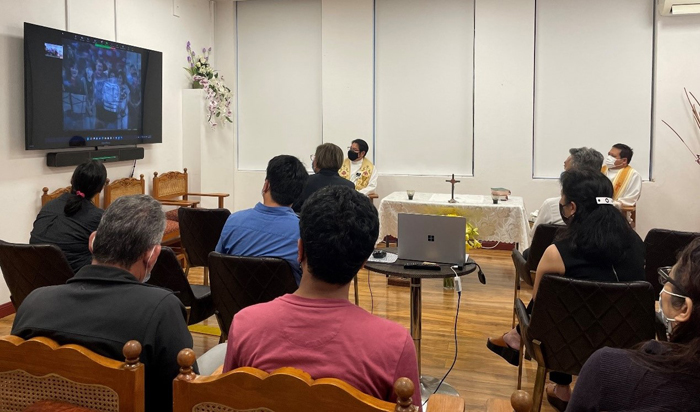 28 February 2022 – The weeklong commemoration of the 36th Anniversary of the EDSA People Power in the Embassy of the Philippines in Canberra culminated with a Holy Mass celebrated by two Filipino Priests in Canberra, Father Luis Viovicente and Father Anthoy Riosa. Officers of the Filipino Community Council of Australia (FILCCA) and the Filipino Community Council of the ACT (FCCACT) joined the mass virtually.

In her message, Ambassador Ma. Hellen De La Vega underscored the importance of keeping the spirit of EDSA alive especially among young Filipinos. The Ambassador said, “The EDSA revolution was a clear demonstration of how the Filipino people stood fearlessly and non-violently against despotism and the breakdown of democratic institutions to reclaim their political freedoms, sense of country and national dignity.”

From 17 to 24 February 2022, a display of videos and reading materials on martial law and the EDSA People Power were made available at the consular section of the Embassy. END 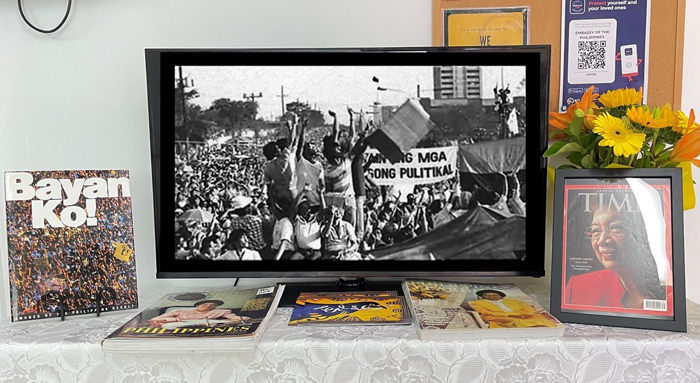