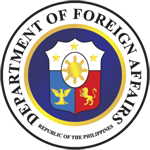 A nation is born by the desire of its people to govern themselves and direct the course of their lives. More than a century ago, Filipinos stood by that desire, bled and fell, and gave birth to the first republic in Asia. We commemorate that moment today, the 113th Independence Day of our nation, with the theme Kalayaan: Paninindigan ng Bayan.

We celebrate Independence Day not because it is part of history, but because it is a continuing realization of our nation's story. As the theme suggests, freedom is a nation's resolve, stand and commitment. Today such dedication to freedom, absent any form of foreign oppression, could not manifest in various ways.

The administration of President Benigno S. Aquino III is committed to pursue the most basic metric of freedom - freedom from poverty. In his inaugural speech, President Aquino said, "our foremost duty is to lift the nation from poverty through honest and effective governance." Surely, it is what we all desire as a nation.

To pursue this, the government's goal is "to create jobs at home so that there will be no need to look for employment abroad." But as we work towards this end, the President called on the "Department of Foreign Affairs, Philippine Overseas Employment Administration, Overseas Workers Welfare Administration, and other relevant agencies to be even more responsive to the needs and welfare of our overseas Filipino workers."

The Department of Foreign Affairs will not waver in its resolve to protect the rights and ensure the welfare of overseas Filipinos. In the same vein, it is committed to help lift our nation from poverty. That is why the Department is also stepping up its efforts to help bring more investments into the country to provide employment to Filipinos so that, in time, our countrymen no longer have to go abroad to earn a decent iving and be able to fend for their families.

The call to free the country from poverty is not just for the government, but for every Filipino wherever they are. One of our heroes said, there is no love greater and more sublime than the love for one's native country. Such love is neither diminished by distance nor divided by longitudes and latitudes. We are Filipinos, whether living or working abroad, we all profess love to our country.

And how should overseas Filipinos heed this call? In ways more than one can think of. But for me, it is in channeling back to the Philippines the positive outcome of their experiences in other countries to enhance and invigorate the vast political, economic, and socio-cultural platforms of the country, paramount of which is to spur our national economy.

The essence of celebrating Independence Day is in realizing that we all share in the toil of nation building. This way, we can truly profess love to our country. At sa ganitong paraan lamang natin mapaninindigan ang kalayaan ng ating bayan.

Happy Independence Day to all!